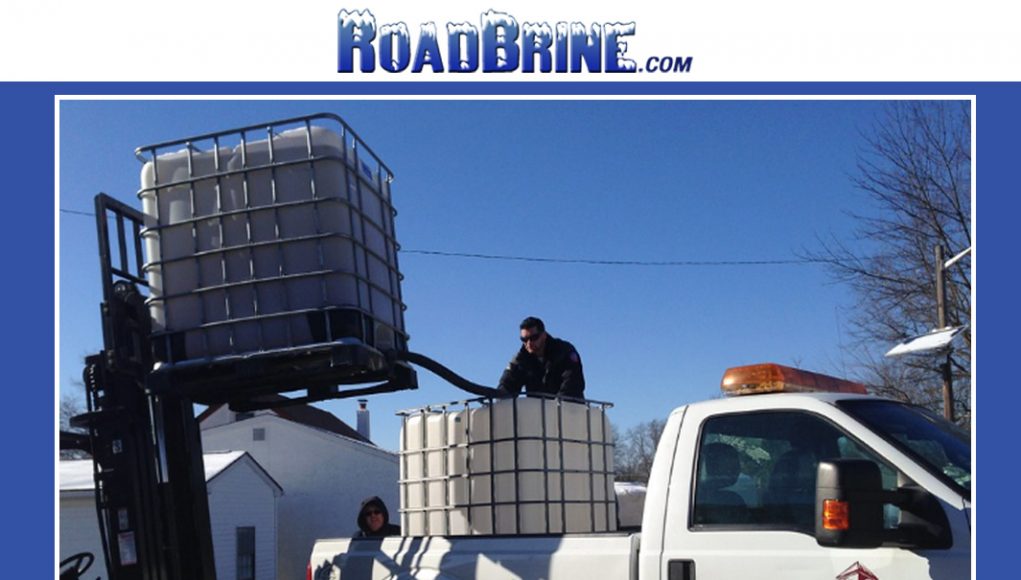 If you live in an area that gets a lot of snow, then you know how important it is to have your driveway and sidewalks cleared quickly.

Salt brine for snow removal is an excellent alternative to traditional rock salt because it is more effective at lower temperatures, which means you can use less of it. It helps reduce the impact on your environment while saving money.

This guide will help you learn everything from salt brine spray systems, how they work, and even tips on maximizing their effectiveness.

What is Salt Brine?

This snow and ice control solution is salt mixed with water to form ions in the solution. The chemical makeup of each type of salt used in the mix determines the freezing point temperature for this solution to melt ice or snow on contact.

This mixture lowers the freezing point of water on roads to approximately -5 degrees Farenheight. For salt brine systems, salt is applied at a concentration of about 28 grams per liter or 3/4 pound per gallon. This salt concentration equates to 5 tons per lane mile if distributed evenly over a five-mile stretch of the road surface.

Salt brine is typically spread using specialized trucks that spray saltwater onto roads or by applying salt dry (without saltwater) and then blowing salt particles into the air via fans on top of vehicles or from fixed nozzles onto road surfaces.

How Does Salt Brine Work?

Salt brine spray systems work to melt ice and snow from roads by lowering the freezing point of water. Salt brine is applied before, during, and immediately after a snowfall for salt to be effective. It causes salt brine to remain as a liquid when it meets road surfaces following a storm event, even at low temperatures, which allows it to work as both an anti-icing agent and deicer.

When salt brine meets the surface temperature of roads, the salt melts any snow or ice in its path and works to prevent freeze-point formation on road surfaces. By decreasing the time between salt applications, such as when salt alone would be ineffective due to snow or ice not remaining on road surfaces long enough, salt brine is even more effective than salt alone at combating freeze-point formation, ice accumulation, and snow plowing.

Who Should Use Salt Brine?

Salt brine is the most effective solution to minimize snow clearing costs for municipalities, airports, production facilities, commercial plowing companies, and other public and private road access users. The ability to use less salt to accomplish snow removal makes this a more environmentally friendly snow-fighting strategy.

Anyone who is looking for a snow and ice control solution should consider salt brine. Salt brine is also helpful for businesses that melt ice off sidewalks, parking lots, and other areas without leaving the salt behind.

It would help if you used salt brine for snow removal when there is a possibility that snow events will start. Consult professionals for their recommendations regarding using salt early in the year. The most significant advantage of pre-wetting the salt at the supplier is to get all the caking agents off the road salt and work before application. This action eliminates the initial salt application and subsequent application of brine for the de-icing program.

Benefits of a Salt Brine System

Whether you’re tired of shoveling a driveway or a major commercial thoroughfare, a salt brine system can remove snow from your property quickly and efficiently. It also eliminates the need for anti-icing chemicals or deicers that would damage asphalt or concrete surfaces when they thaw out in springtime (the ground thaws faster than deicer chemicals work their way down to pavement).

Everything You Need To Know About The Telluride Lifestyle

Vintage Snake Jewelry You Must Add to Your Collection

What Should You Consider When Looking for a Community Recovery Program?

How Bigger Are Bed Bugs And Their Eggs?

Is It Worth Spending Money On Rectangle Sheet Cake Boards?

Michael Brown - March 26, 2021 0
Business
Rectangle sheet cake boards are not just any normal boards. If it comes to a point where you want to have the ideal platform...

Pool Inspection By A Home Inspector: What Do You Need To...

Impact of Mold on Indoor Air Quality and How Does Mold...