Home Business How Do Tire Deflation Devices Benefit The Police in Vehicular Pursuits? 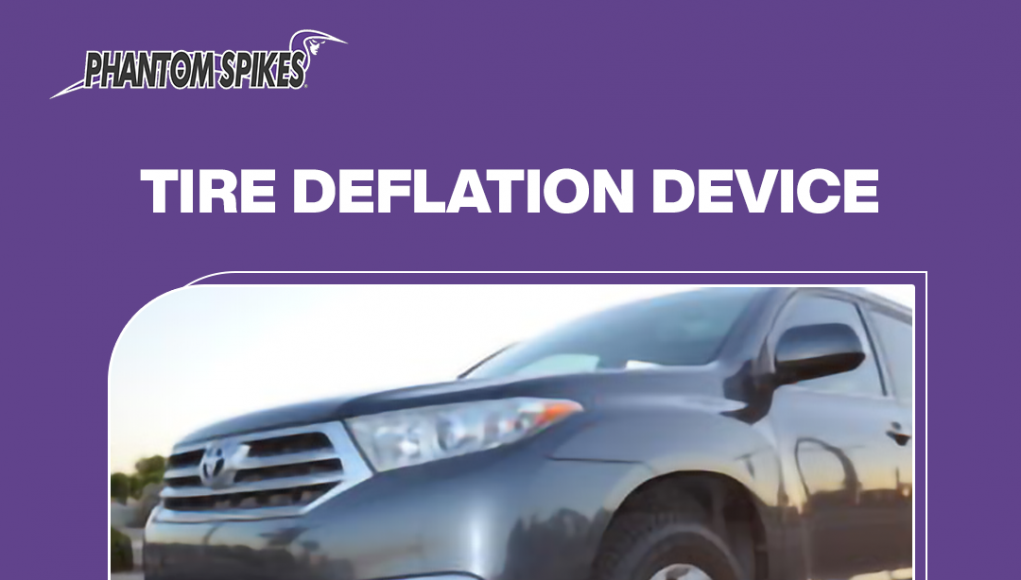 US police departments regularly indulge in crucial situations to maintain order and protect everyone in the vast country with over 330 million citizens. If you or an acquaintance works for the police, you would know how different are the emergencies you tend to daily. US officers constantly remain on their feet to respond to reports of break-ins, shootings, muggings, traffic rule violations, and various other criminal offenses. Some of which involves them chasing down a high-speed fleeing vehicle through the busy US highways and streets that you generally refer to as vehicular pursuits or police car chases.

People rarely turn on their cable TVs nowadays since the phones and other devices suffice their entertainment needs. But when it’s a car chase on a news broadcast, millions of people and possibly you tune in for hours to see how the chase would end or whether the criminal manages to flee. Watching the air surveillance footage and the vehicles running at high speeds can surely exhilarate viewers like you. But for the region’s law enforcement units, the event can be highly stressful and dangerous. Police officers have to participate in car chases to stop a fleeing lawbreaker, who can be someone jumping a red light or a wanted criminal. So, the vehicular pursuits are a lot more frequent than you see on broadcasts, and each one puts the same level of risks and responsibilities on the officers and government units.

The US police departments take many measures to handle risky car chases better. The officers train to safely drive at high speeds, ensure better communication with other units, clear the roads on alerts, track the fleeing vehicle through air surveillance, etc. But while their skills and training help, the police officers can’t successfully catch a fleeing vehicle without pursuit-ending equipment like tire deflation devices. The departments utilize the best spike strips for police car chases since it’s indispensable in the process. While you probably know the use of the best tire spike strips, you wouldn’t know its other advantages if you are not in law enforcement. So, here are some ways tire deflation devices help police vehicular pursuits.

It’s common for police car chases to end promptly since people with small felonies often surrender to law enforcement in minutes to avoid major consequences. But many criminals with big charges can drag the chase for hours in an attempt to successfully flee. Even if the officers eventually find the fleeing vehicle with high-tech tracking systems, they cannot afford to dedicate a long time to a single emergency. The tire spike strips act as the best solution to prevent excessive time expense. The compact devices easily fit inside police vehicles, making them easier to access in emergency pursuit situations. All the spike strips require is an officer to deploy it in the pathway of the approaching vehicle, and the device can effectively stop any speed or size fleeing vehicle in time.

The fleeing vehicles run at extremely high speeds, and to stop them, the police officers need to be stealthy and deploy the spikes at the perfect time in their path to prevent the driver from avoiding it. Since the spike strips have as simple using technique, you might assume that ending the pursuit would be easy and harmless with the device. But the task has resulted in numerous police fatalities in car chases over decades. However, the best brand’s spike strips for police are lightweight and have an apt design that makes them easily deployable. So, the officers can quickly lay the strips and create a safe distance from the approaching high-speed vehicle in time.

While ensuring the police officers’ safety is a priority for law enforcement units, they also intend to protect a fleeing criminal from harm in their pursuit-ending process. Instantaneously deflating the tires of a high-speed vehicle can make the driver lose control and crash into a roadblock, barricades, or a building, which can be fatal. The best tire strips prevent this from happening since they have detachable spikes that lodge into the fleeing vehicle’s tire when it runs over the device. As a result, the tires slowly deflate instead of bursting, keeping the criminals and civilians on the road safe.

Apart from safety and effectiveness, the devices also help the law enforcement departments with expenses. The frequency of vehicular pursuits makes the requirement of spike strips constant, which could be expensive if they break easily. So, the companies making the spike strips for police use the best methods to ensure that the devices are highly durable and don’t need frequent replacement.

Since you know the benefits now, choose the best company while buying spike strips to ensure you have a high-quality and effective device that makes your work easier.

Here’s How Reiki Healing Can Help Heal Your Body & Mind

5 Factors to Consider While Buying Chiropractic Tools and Equipment

How to Find the Best Fire Rated Rolling Shutters in Ontario?

Here are Different Types of Hinges and Their Usage

Questions to Ask Your Realtor While Buying a Condominium

Robert Campbell - February 23, 2022 0
Real Estate
If you are planning to buy a condominium, there is certain information that you must have known. The buyer is responsible for providing all...

ESSENTIAL TIPS TO CARE FOR YOUR EYELASH EXTENSIONS IN WINTER

Know What To Avoid While Buying Baby Care Accessories Online

Signs That Your Microwave Needs Repairing

Everything you Need to Know Redwood