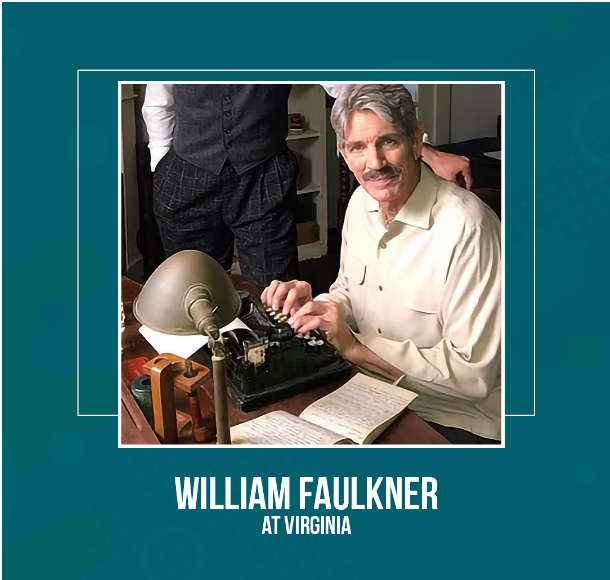 One of the most controversial aspects of Faulkner’s work, especially since the last third of the twentieth century, has been his stance toward black people. In the best-case scenario, we could say that Faulkner, who was born in 1897, was a product of his time and place, Mississippi, where he grew up. He didn’t believe in black people’s equality, and throughout the school desegregation debates, he sided with those who wanted to keep blacks out of “White Only” schools.

William Faulkner’s impact on racism which he put through his writings, will last through decades. He was familiar with black people as waiters and laborers, but not as equals. However, being a product of his time meant that he shared intimate space with black people, including his childhood nanny, whom he referred to as “Mammy” until she died in 1940.

Caroline Barr, known as “Mammy Callie,” raised Faulkner and his brothers, as well as Faulkner’s daughter, Jill. While he recognized Caroline Barr’s humanity and capacity for “devotion and love” (as he stated in dedicating Go Down, Moses to her), his feelings for her were primarily based on the accepted paternalistic racial mode. Caroline Barr inspired Faulkner to create several fictional characters modeled on her, including Mammie Cal’line Nelson in his first novel Soldiers’ Pay, Dilsey Gibson in The Sound and the Fury, and Molly (also Mollie) Beauchamp in Go Down, Moses. Dilsey and Molly are two of the author’s most memorable, principled, and moral characters. They appear to stem from Faulkner’s perception of Caroline Barr as a second mother and teacher; in her funeral sermon, he wrote that Barr was “a font not only of authority and information but of affection, respect, and security.” William Faulkner’s work had a significant impact on equality.

Caroline Barr’s representations in Faulkner’s fiction highlight the distinction between his literal or everyday rationalized ideology of race as a white Mississippian living in the Deep South and his determined deployment of race as a category of understanding human behavior, values, and beliefs within his fiction. Almost despite his socialization and acculturation, Faulkner struggles to represent and explain the existence and persistence of racism within Southern society and American society in the 20th century. His more conscious awareness of blacks as an inevitable, complex, and intricate aspect of American life separates him from several United States authors in the 20th century who ignored and erased blacks from any visibility whatsoever in their depiction of American society.

A fascinating aspect of Faulkner’s career is that he remarks in his essay on the composition of Sartoris that he learned to tell stories of people from the black stable boys and men. While in other places, he includes Caroline Barr in his list of storytellers he learned from). He states that his writing was not coming together until he remembered the black voices he has listened to as a youth, and with that memory, he could concentrate on writing his novel with the sounds of those voices and stories in the background.

The outcomes of his occasional forays into punditry ranged from noble to comic to disastrous, and Faulkner’s well-known aversion to self-explanation undoubtedly exacerbated the occasional humiliation. The instinct drove him to dress up as a bumpkin or a simple Mississippi horse breeder occasionally. When forced onto the soapbox, one never knew in what tone or pitch, or with what degree of honesty, he said what he said. In May 1951, he delivered a speech to the Delta Council in Cleveland, Mississippi, on the loss of frontier virtues to an audience of planters who were far from frontiersmen.

Faulkner was expected to have inspiring and informative things about race as a Nobel laureate and the preeminent Southern writer of his time. His status ensured that whatever he said about the color line, no matter how casual or strange, would be taken seriously. I doubt Faulkner welcomed this eminence, nor is the temptation to visit the soapbox offered. But it was a gentleman’s duty, and he could not avoid it any more than Thomas Mann, despite his disdain for political engagement, could avoid the issue of Nazism. The “Dixie Limited,” as Flannery O’Connor dubbed him, couldn’t sit idle on a country siding; he had to speak. But I suspect he was aware that he couldn’t say anything in podium language that he hadn’t already demonstrated, far better, in dramatic terms of fiction.

Reach out to us to know more about William Faulkner’s impact on writing.

Our Cutting-Edge Products Bring Out The Full Potential Of Chiropractic

Here’s What You Need to Know about Residential Construction

Kevin Parker - June 7, 2021 0
Real Estate
Building a home is a challenging aspect and needs to be handled wisely. If you want your resident to be equipped with modern functionalities,...

Truman Marquez The Abstract Painter You Need on the Wall

Paintless Dent Repair: What is it & How Does it Work?