William Faulkner is one of the most prominent American writers of the 20th century. He is mainly known for his brilliant narrative technique, for which he has received many distinguished awards. He uses the stream of consciousness technique in his novels. Faulkner is also an American Historian as much as he is considered a Novelist. His remarkable stories have earned him the distinction of becoming the first American Novelist to receive the Nobel Prize for Novels. Faulkner is globally known for recording American South History. His Short Stories and novels are based on themes that reflect essential issues such as Slavery, Civil War and Class Conflicts, directing the World’s attention to American doors. 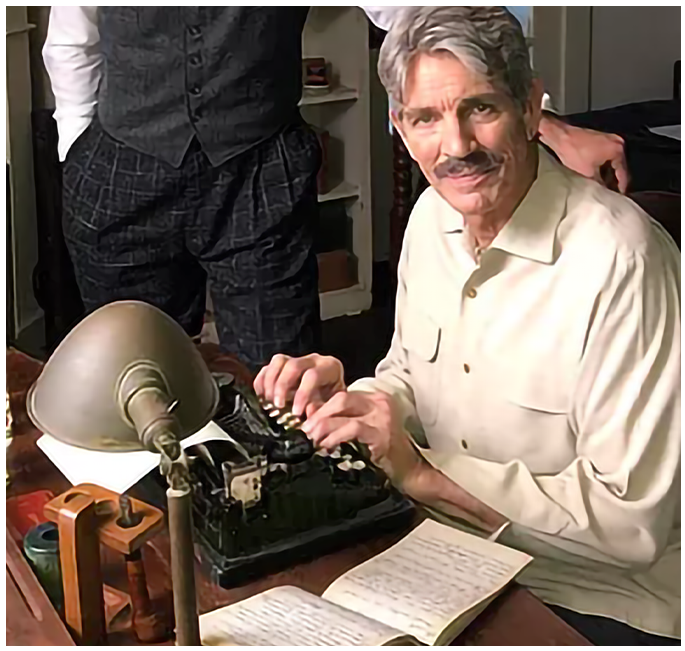 He developed a great interest in poetry his teenage. John Donne’s works significantly influenced him, and as a result, we also find metaphysical references in his novels. Faulkner spent most of his time in the neighborhood of the University of Mississippi at Oxford and involved himself in discussions that helped him shape up his interests in writing.

Faulkner has lived amid two European World Wars that demolished Europe and the World at large. He published Soldiers Pay, his first novel, in 1926 when America was moving towards the Period of the great depression. Between 1926 and 1961, Faulkner penned 19 books in around 35 years. His powerful and artistically unique contribution to modern American literature got him awarded a Nobel Prize for Literature in 1950. In the 1930s, the American economy fell into chaos due to the financial crisis yielding in the decadence of the society ravaged by the low productivity in plantation estates and the steep rise in debts. Faulkner as an ordinary and everyday individual, looked at it with minute details and presented it to the World with an extraordinary sense of perception through his novels. The era of the Great Depression (1930’s) and The Beat Moment (1940’s) were at the forefront shaping the lives of millions of Americans.

Faulkner traveled extensively and visited places of literary importance to experiencing people’s life, culture, and stories. In 1927, Faulkner traveled to Europe. He saw Oscar Wilde’s tomb in Paris and spent much time at Kent in England. He visited the coffee houses frequented by Christopher Marlowe and Charles Dickens. Faulkner’s Stream of Consciousness technique was an inspiration that he imbibed from the writings of James Joyce’s Ulysses (1923) and Virginia Woolf’s Mrs. Dalloway (1925). The method incorporated in his novels turns his work into a mastered piece. His stories hold significance because of their various narrative voices. Nobel Prize-winning author Faulkner is also credited with winning not just one but also two Pulitzer prizes, one of which he won posthumously. During his writing career spanning about 37 years between 1925 and 1962, Faulkner has published 19 novels, three short stories, play –novels, and poetry books. His first novel, Soldier’s Pay, was launched in 1925, is about a returning war veteran set in 1919, a year after the First World War. Faulkner was made an honorary second lieutenant in 1919. He wrote about his experiences, merits, and demerits of the war in the novel. In one of his books, he narrates his past experiences with the army and explains the dreadful incidents he encountered during the journey.

Faulkner has always been praised for his brilliance & originality for wisely choosing the themes planted in his novels. He cleverly uses symbolism to reveal the conflict between old and new ideas with intense, emotional, and insightful social meaning. These aspects of his writing style make him one of the most prominently brilliant writers of all time, both at American doors and on the global stage.

The Mississippi-and-millennial-rooted crew hopes to use their backgrounds in documentary technique, narrative film and television, history, academic research, and music to remind audiences of Faulkner’s continued relevance—how his past is not yet dead. We at William Faulkner films convert his novels into William Faulkner’s screenplay (movies). Over 50 scholars and friends of Faulkner around the World have been interviewed for this documentary. With the help of many archival librarians, Michael has researched the Faulkner collections at various Universities.

Construction Services: Here is What You Should Know

How to Choose and Maintain Your Indoor Air Quality System

Having Nice Cropping For Reproductions Headshot Before Printing

Take your personality to the next level with beautiful braiding hairstyles!

The Health Advantages of Prenatal Massage

WHAT IS DRIVE CLEAN ONTARIO?

Why Do We Need Accessories for Drones?

Maria Simpson - May 31, 2022 0
Business
Drones are used extensively across the world. As soon as photographs gained importance, the use of drones has adopted by the people worldwide. Drones...

Upgrade Your Summer Wardrobe with Trendy Tops for Women

Quick Tips to Get Better At Trivia

How to Measure Pipe Fitting Size?